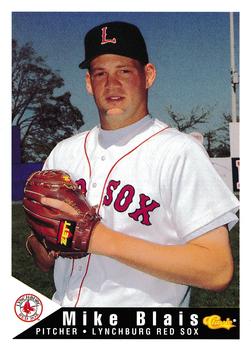 Big Mike was a standout Division I pitcher at the University of Connecticut. He was drafted in the 24th round of the 1992 draft by the St. Louis Cardinals, but decided to go back to school and graduate. In 1993 he signed with the Boston Red Sox and began his professional baseball career. That year he was the Tony Latham Award winner, an award given to the Red Sox player that best demonstrates great dedication and work ethic. Big Mike’s professional baseball career lasted seven years (Boston Red Sox ’93-’97, Houston Astros’97-’98, Lehigh Valley Black Diamonds ’98-’99).

After his professional career Big Mike began his coaching career. He started in Ohio coaching players in the youth ranks before becoming the assistant head coach at Bowling Green High School. He moved to Glenview in 2010 and began coaching with Diamond Instincts/Diamond Dawgz for the past 8 years. Since moving to The Dugout in 2019, Mike has agreed to coach for Revolution Baseball in the Summer of 2020 as the Head Coach of their 12u team.

Big Mike grew up in East Lyme, CT and attended East Lyme High School where he was the winning pitcher in the 1988 and 1989 Class L State Championship Game. That success earned him a spot in the East Lyme Baseball Hall of Fame. He went on to attend the University of Connecticut at Avery Point where he hit and pitched the Pointers to the 1990 NJCAA New England Championship. He was inducted into the UCONN Avery Point Hall of Fame in 2013. He finished his education by earning his Bachelor degree in Sports Science/Sports Marketing through the School of Education from the University of Connecticut and in 2001 he went on to earn a Master degree in Business Administration/Finance at Bowling Green State University, where he was the recipient of the Ronald V. Hartley Award for outstanding graduate achievement.

Mike is married to Janna and has two boys (Brady & Jace).